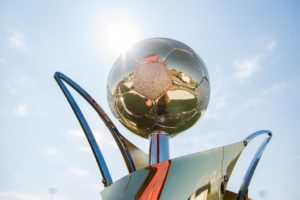 When the 2018 League One Ontario season kicks off this summer, Hamilton United will be one of the 31 teams playing across both genders. A new entrant to the league, Hamilton will play an 18 game season beginning at the end of April.

From their site, League1 Ontario is the only pro-am, standards-based, senior league in Ontario. Founded in 2014, the league began with a 10 team Men’s division, which has now grown to 16 teams and includes a separate 11-team women’s division.  League1 Ontario serves as a stepping stone between the youth, amateur ranks, and the full-on professional sides. Sanctioned by Ontario Soccer, the league’s focus, first and foremost, is the development of Canada’s future stars.

The Battalion will be at these games as a warm up for 2019 – stay tuned for schedule information.

You can read more about the League One Expansion here.