Everyone, this month may be one of the biggest as a Hamilton soccer fan. With the CSA general meeting on May 6th we may have a new President of Canada Soccer but perhaps more importantly a brand new professional soccer league.

I expect news to come out this weekend and to help celebrate we have two pub nights in the works. Sunday May 7th will be a celebration of the new league while a second pub night is planned for the third week of May. In that meeting expect members of the Ticats to attend and speak on the new league and eventual team!

As usual, hats and scarves will be available at both events for $20 each. Hope to see you all there! 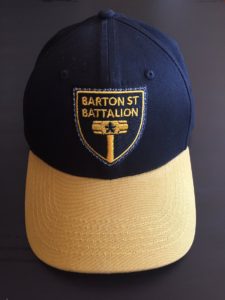 Hats have arrived for spring! Each hat has the logo on the front, and a one-size-fits-all adjustable velcro strap at the back. The sell for $20 and can be purchased at meetups – our next meetup is a Pub Night on Thursday April 6th at the Pheasant Plucker. Attend on Facebook here: https://www.facebook.com/events/737518199750806/ 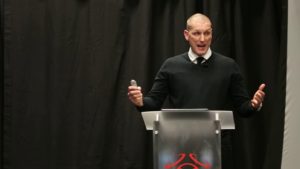 Recently the Canadian Soccer Association’s Director of Development, Jason de Vos, gave a speech on his time in the role so far. He covers off scouting, development, and some of the plans that will be put in place to improve Canada’s player development system. It is well, well worth the 43 minute watch – grab a beer and take a look at the lecture below. 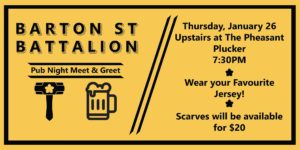 Grab your favourite jersey and join the Battalion for a pint! We’ll be upstairs at the Pheasant Plucker on January 26th chatting all things football. Regardless if you’ve been to a Battalion event or not, all are welcome – so if you’re interested in soccer in Hamilton then come on out! Ambitious City scarves will be available for $20. 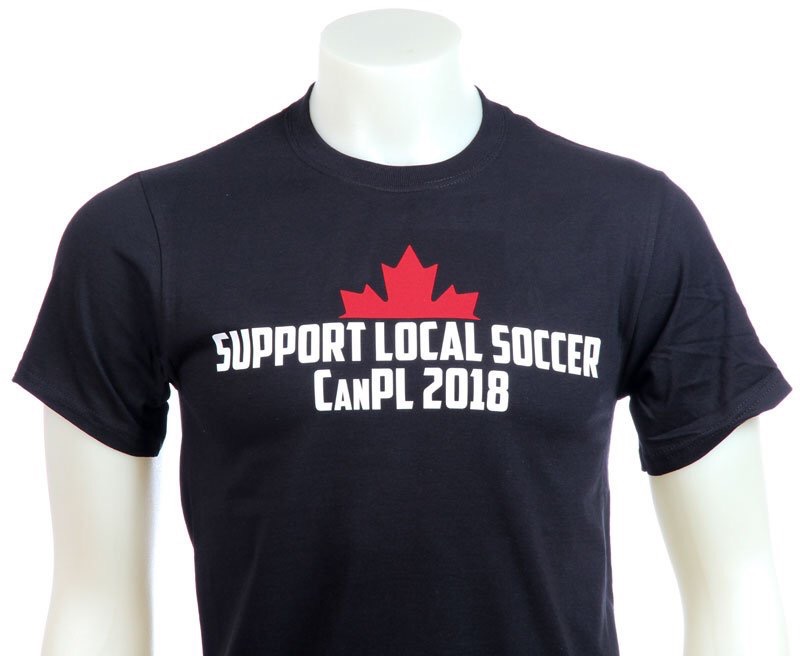 Just in time for the Holidays The Voyageurs have begun selling T-Shirts with all proceeds going to Supporters Groups across Canada, including us!

Shirts are $25, include shipping and can be purchased in gold! Grab one in time for the holidays and help support us ahead of the league announcement! 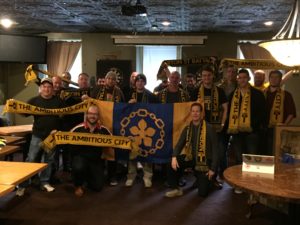 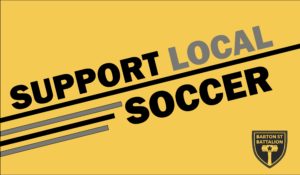 Since initially launching in February, we have made excellent progress leading into the Canadian Premier League announcement. While the date is yet to be confirmed, this meeting will be to discuss the progress we’ve made and what we will be doing before and for the announcement. The agenda items can be found below:

Please bring all your ideas and enthusiasm as we look to make as big of an impact as we can on the announcement and pro soccer returning to Hamilton! See you at the Pheasant Plucker! 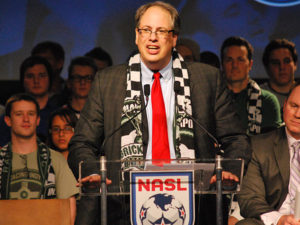 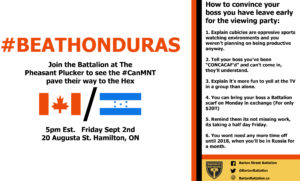